SaaS Academy helps software founders who want to smoothly and confidently scale their companies to $10M ARR and beyond.

Based in Canada, SaaS Academy is the brainchild of Dan Martell, a serial entrepreneur who has successfully launched, built, and sold his stake in a number of technology companies.

With the help of his team, Dan provides SaaS founders with coaching programs designed to help them optimize all areas of their business. To date, Dan’s programs have helped over 4,300 founders learn to scale, grow, and exit their companies successfully.

Recently, Justin Zimmerman of Salesmsg had a chance to talk with Wendell Scott, sales manager at SaaS Academy to see how he and his team use SMS for sales enablement and to drive more conversions.

Curious to know how SaaS Academy uses Salesmsg to make more sales, Justin asked Wendell for a quick overview of their marketing and sales stack.

“Our CRM is Pipedrive, and Salesmsg is one of the tools we use a lot in our day-to-day sales efforts. We're currently doing almost everything to bring in leads, including Facebook, Google, and LinkedIn. We're leveraging all those ad platforms, so we use a variety of tools,” explains Wendell, “We also use Slack and Airtable, but Salesmsg is critical on the sales side.”

Justin then asked Wendell what initially led SaaS Academy to Salesmsg. “I think the initial draw was we were trying to find a way to reduce our no-show rates,” he recalls, “And since implementing SMS through Salesmsg, we’ve reduced demo no-shows by about 20%. It's been amazing!”

“We’ve also discovered that Salesmsg is a powerful sales enablement tool. Our sales model is inbound to demo, so we do a lot of paid acquisition. We have lots of partnerships and lead channels," he adds, "But, for the most part, it's all inbound leads who are requesting demos.”

“I think the initial draw was we were trying to find a way to reduce our no-show rates. And since implementing SMS through Salesmsg, we’ve reduced demo no-shows by about 20%. It's been amazing!”
Wendell Scott, Sales Manager - SaaS Academy

Wendell continued breaking down their process, “Salesmsg has become an integrated part of our automated sales flows at both SaaS Academy and DanMartell.com. Like I said before, all of our leads are inbound, so when somebody books a call or demo, we have Salesmsg shoot them a quick message saying something like, “Hey, we noticed you booked a call. What do you hope to get out of it?”

“We also use SMS as a way to remind prospects one hour before the call. This happens with automated texts sent via Salesmsg to remind them with a message like, “Hey, just checking in. Are you still good for our call in one hour?” Implementing small things like that has decreased our no-show rates by a significant amount,” he says.

Looking for more specific numbers, Justin asked what percentage of SaaS Academy’s sales come through demos. “I’d say that 90 to 95% of our sales come through an inbound demo request process,” explains Wendell, “Our sales team sends lots of texts via Salesmsg every day, probably 10 to 20 per sales rep. Every rep sends a few hundred messages per month.”

When most business people think about using SMS for sales enablement, they tend to focus too much on cost. That’s because they don't grasp its true value. That's why it's essential to understand that adding text messaging to your process generates ROI when it compels prospects to take action.

As Wendell puts it, “At the end of the day, it's a numbers game. We use a metrics-driven process to quantify the value of what we do. We know what our sales projections are, what a lead costs us, and what our conversion rates are. After integrating Salesmsg into our process, we’ve substantially decreased no-show rates. And that translates into tens of thousands of dollars in additional monthly revenue for our business.”

“While it’s hard to measure the exact impact SMS is having on sales, we see how reducing no-shows and implementing faster, more personalized follow-up has boosted our conversion rates,” he says, “If we weren’t using SMS, I know our numbers would be much lower.”

“After integrating Salesmsg into our process, we’ve substantially decreased no-show rates. And that translates into tens of thousands of dollars in additional monthly revenue for our business.”
Wendell Scott, Sales Manager - SaaS Academy

Seeing an uptick in follow-up conversions

“Salesmsg helps us bring in about $90,000 in additional sales each month,” says Wendell, “It does that in a few ways. First, it decreases our no-show rates. And now, it’s a critical part of our follow-up process. We're currently combining texting with email and other channels like LinkedIn. These things created an uptick in conversion rates when it comes to follow-up.”

“Another cool thing about Salesmsg is the automation it lets us put into our team’s workflow. Now, everybody's following the same process and can send or receive texts through Salesmsg, without using their personal cell phone numbers. That's been a huge benefit!”

Cutting through the noise

Wanting to know more about how SaaS Academy does follow-up, Justin asked for more insight into their process. “We have 12 systemized touchpoints that happen after every sale, including emails, text messages, and LinkedIn,” says Wendell, “And Salesmsg has been a key part of scaling that process. Some messages can fall through the cracks when you're only following up with leads through things like email or LinkedIn. Text messages, on the other hand, cut through the noise because they go directly to people's cell phones.”

He continued, “The way Salesmsg has increased our response time and response rates is next to none. Think about it, how often does someone check their email or LinkedIn? Most people check them only a few times a day.”

“On the other hand, their cell phone is something that’s always with them. If people get a text message, they look at it. I don't know about you, but for me, texting is the best way to get my attention and a quick response.”

“I think that’s why we've seen a huge increase in our response rates after moving more towards text messaging," says Wendell, “It's easier for our clients because it cuts through all the noise and gets directly to their cell phones. Response rates have been through the roof!”

“I think that’s why we've seen a huge increase in our response rates after moving more towards text messaging. It's easier for our clients because it cuts through all the noise and gets directly to their cell phones. Response rates have been through the roof!”
Wendell Scott, Sales Manager - SaaS Academy

Why “speed to lead” is a key driver

In today’s face-paced digital marketplace, it doesn’t matter if you’re selling B2C or B2B; the quicker you respond to customer inquiries, the more sales you’re going to make. If you engage prospects faster than the competition, your chances of getting their business will increase.

The teams at SaaS Academy and DanMartell.com fully understand that engaging leads fast gives them a decisive competitive edge. As Wendell puts it, “When it comes to incorporating SMS into your process, a big takeaway is something called "speed to lead.”

“As I said before when a lead comes into your system, you're racing against the clock to respond as fast as possible," explains Wendell, "Fortunately, Salesmsg adds automation to that process. So, as soon as someone books a call, they immediately start getting messages from us. That’s speed to lead.”

“How fast you respond to prospects has a direct correlation to how many of them book appointments or demos. So, once you incorporate speed to lead along with automation into your process, you can create a better system that everybody can follow.”

“Of course, in the early stages, it takes some figuring out and iteration. But once you have it down and can do it effectively, you’ll have a process that lets other people step into a specific role and do things effectively. For example, the text I send prospects after they book a call or the follow-up process I’ve automated. Once things like that are in place, other people can see what works and follow the same process,” he says.

“When a lead comes into your system, you're racing against the clock to respond as fast as possible. Fortunately, Salesmsg adds automation to that process. So, as soon as someone books a call, they immediately start getting messages from us. That’s speed to lead.”
Wendell Scott, Sales Manager - SaaS Academy

Another way to leverage Salesmsg is to take advantage of its team functions. You can set up individual inboxes, but you can also set up shared inboxes.

Let's say that the CEO of the company is part of the team inbox. And you’re a sales rep who’s communicating with a potential buyer. You can be emailing back and forth and texting as yourself, but let’s say a message from the CEO would help close the deal. Well, with Salesmsg, you can go to the shared inbox and send a message from that person.”

Of course, this assumes that the CEO lets you send messages on his or her behalf. Anyway, that’s just one of many ways you can incorporate text messaging into your follow-up and sales process.”

Growing your sales faster with SMS

As they wrapped up their conversation, Justin asked if Wendell had any advice for people who are just starting to use Salesmsg, “I recommend integrating SMS into your entire process as you’d do with email. Many people create templates and have a process around email follow-up, but they rarely think about how they can leverage text messaging.”

"That's why it's good to think outside of the box. There are many ways to incorporate SMS into your follow-up and demo request flow to help you speed up results, especially when you set up systemized processes, which everyone on your team can use. Doing things like that is going to have a big impact on your conversions, sales, and overall growth,” says Wendell.

We hope you enjoyed SaaS Academy's story. Feel free to share it with your friends and colleagues. And if you’re not already using Salesmsg to make more sales, try it out for 14 days free.

This case study was written and published in collaboration with StoryOps. 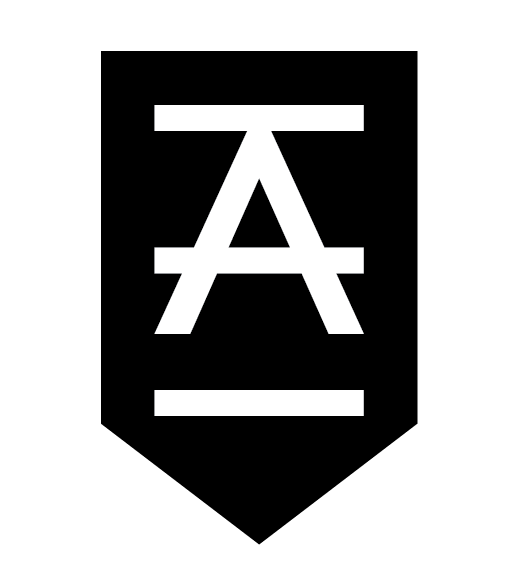 Cody Romness is the co-founder of Allegiate, a fitness company that offers group-based athletic strength training classes. Specializing in training former college athletes, they also help newcomers to the world of strength training.

In a recent interview, Chris Brisson, co-founder, and CEO of Salesmsg asked Ryan Fletcher, the founder of StoryAthlete, how he’s using SMS to engage new leads, boost response rates, and speed up the sales cycle in his business.

How DC Coaching added over $250,000 in annualized income using ActiveCampaign and Salesmsg

Deryck Cheney and his team help real estate and mortgage professionals build thriving businesses that give them more income and a better quality of life.

Have you had a successful experience with Salesmsg? If so, we'd love to hear more about it...